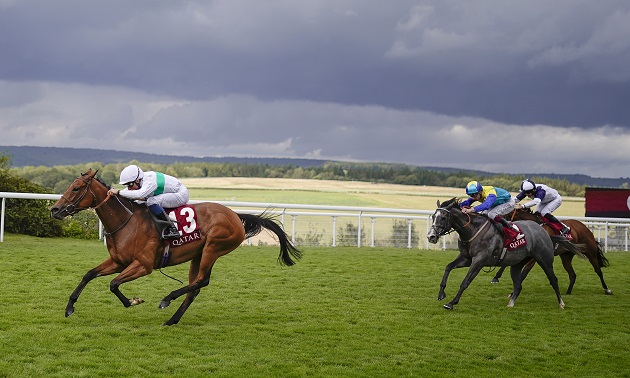 Suesa is ready for another bid for Group One glory as she targets the Prix de l’Abbaye in October.

Suesa, who is trained in Sauvagnon by Francois Rohaut, won the King George Stakes Group 2 at Goodwood in July with an impressive three lengths.

An upgrade followed in York, where the three-year-old finished fourth in the Nunthorpe Stakes, two and a half lengths behind Tim Easterby’s Winter Power.

Started as a 9-4 favorite, the bay was pulled far and found herself galloping near the outer rail during the course of the race.

Winter Power had strayed from the field by the time they reached the final furlong, but Suesa was gaining ground and accelerated from the bottom of the field to fourth in the final steps of the race.

Connections believed the draw was hindering their chances and are now aiming for another Group One game as the Abbaye is scheduled for Paris on Arc Day October 3rd.

“All right, she will compete in the Prix de l’Abbaye,” said James Wigan, race director of owner George Strawbridge.

“I think she drove a very good race, she was probably on the wrong side of the track.

“All the speed was on the other side and she had to drive alone, but she was making up ground.

“I think if she had been on the other side she would have been very close to her.”

Breeders’ Cup Presents Connections: ‘I Can’t Think about Doing Something Else’...